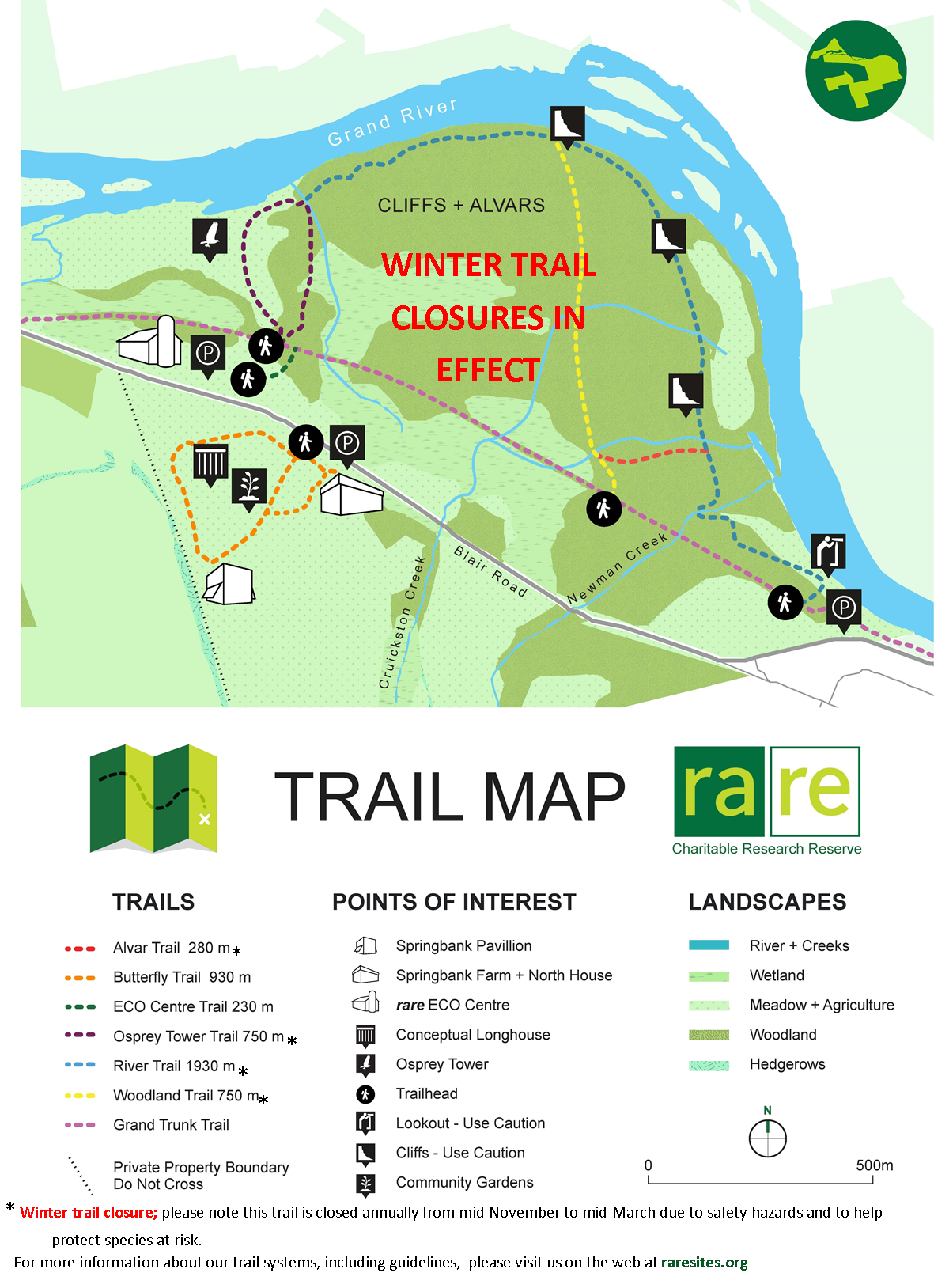 The Cliffs & Alvars trail system is located on the north side of the reserve, bordering the Grand River. While the ECO Centre trail is open all year round, please note that the rest of the trails in this system are closed to public access annually from November 15 – March 15, as it is a High Risk Zone for roosting Bald Eagles.

Bikes are not permitted on the Cliffs and Alvars trail system, with the exception of the Grand Trunk trail, maintained by the City of Cambridge. The trails in this system are single track (wide enough for single file hiking) – the narrow trail means an increased risk of collision with other trail users, including groups of school children taking part in rare’s educational programming. The risks associated with steep cliffs and uneven terrain can be greater for bikers as well. For everyone’s safety, we ask that you please adhere to our guidelines. 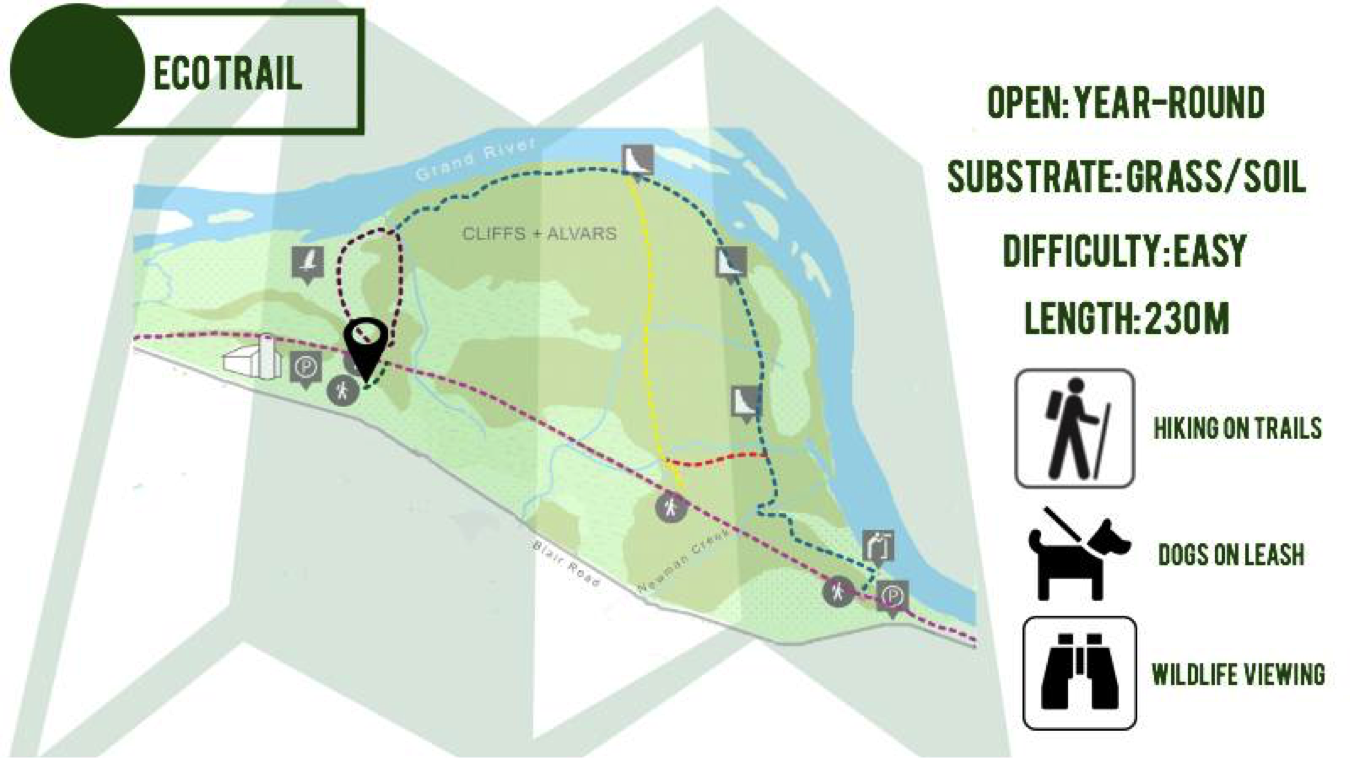 The ECO Centre Trail connects rare visitors from the rare ECO Centre to the Grand Trunk Trail (maintained by the City of Cambridge). The trail starts just east of rare’s iconic Slit Barn, built in the 1840’s to store hay. The stone used to build the barn is dolomitic limestone and contains many visible fossils. 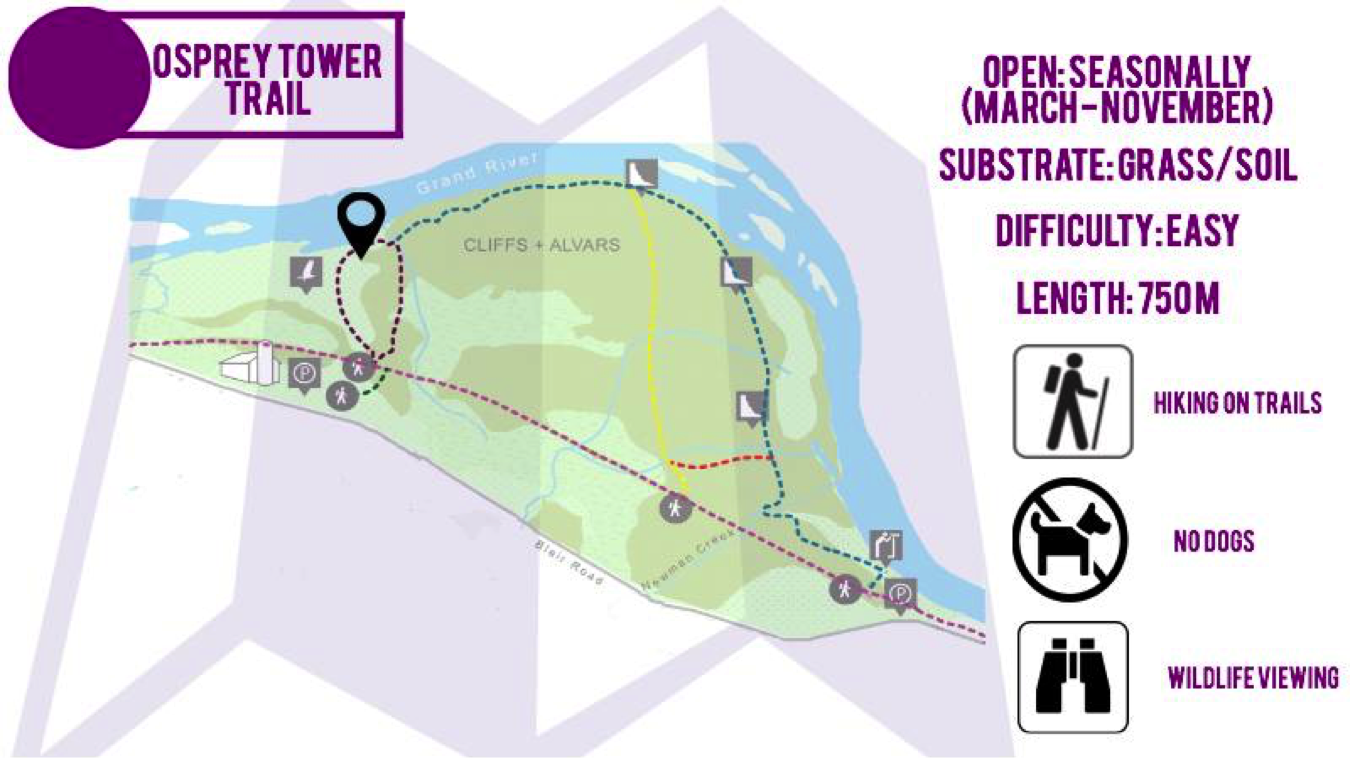 Immediately across the Grand Trunk Trail from the ECO Centre Trail is the Osprey Tower Trail. This trail travels through a grassland habitat and gives visitors a clear view of rare’s first Osprey Tower, erected in 2007. Visitors can walk north towards the Grand River, where the Osprey Tower Trail connects with the River Trail, or opt to take the loop back to the Grand Trunk Trail through the butterfly grove. The butterfly grove has been planted with numerous nectar and host plants to attract various butterfly species. 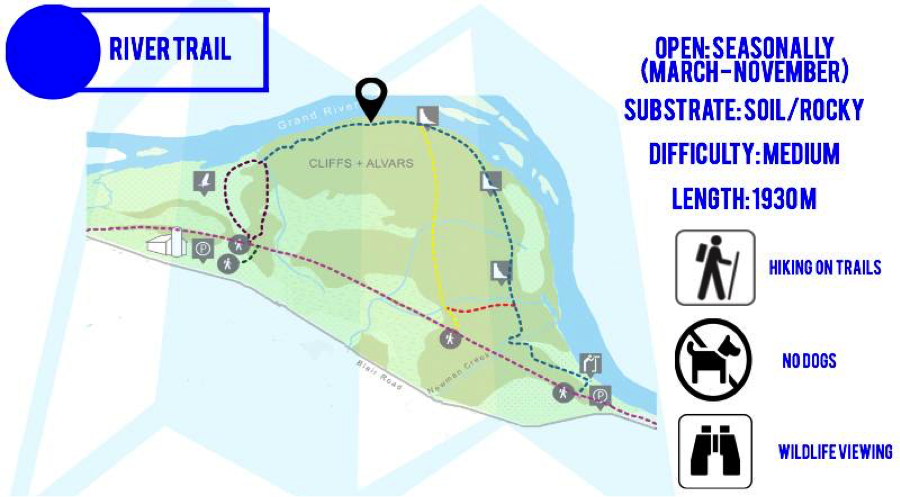 The River Trail is rare’s longest trail in the network. As the name suggests, the trail follows the Grand River and showcases the mature deciduous forest and limestone cliffs on this area of the reserve.

At the junction of the Osprey Tower Trail and the River Trail, the confluence of the Grand and Speed Rivers is clearly visible. This area is an important wintering habitat to waterfowl and Bald Eagles in Waterloo Region. At its most eastern end, the River Trail ends at the Lookout, which provides a scenic view of the Grand River below. 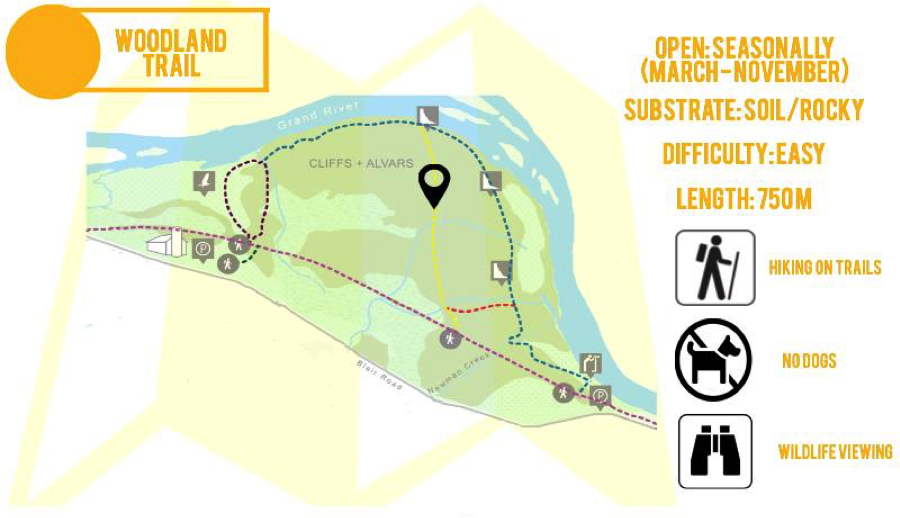 The Woodland Trail intersects the River Trail at its approximate halfway mark, heading back towards the Grand Trunk Trail. This trail travels through the mature Carolinian forest within the Cliffs and Alvars area of rare. During spring months, many spring ephemerals (wildflowers with a short blooming time) such as White Trillium can be seen carpeting the forest floor. Other noteworthy plants that grow along the Woodland Trail include Wild Ginger, Bloodroot, and Canada Mayapple. 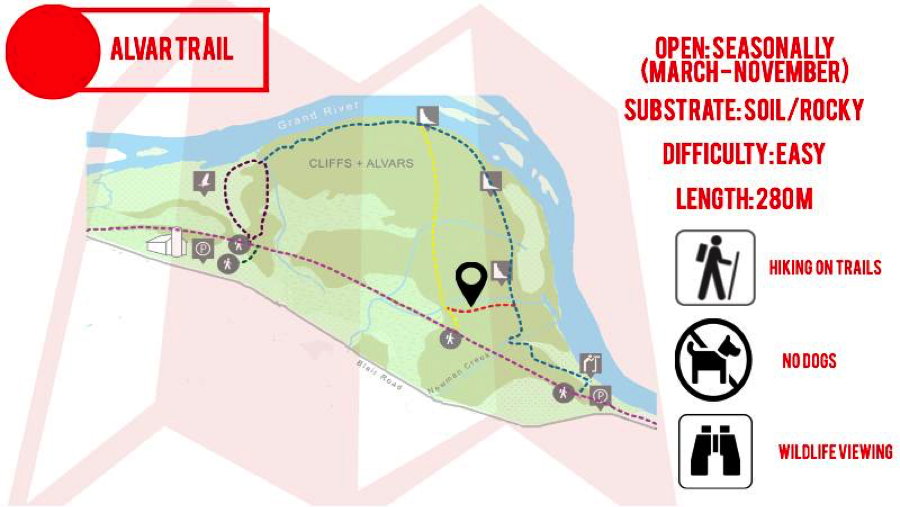 Alvars are a globally rare ecosystem, but we are fortunate to have them here at rare! The vegetation in this habitat reflects the extreme conditions of alvar ecosystems: temperature and moisture regime variability and little to no soil development. It is typical to see drought tolerant and shade intolerant plants in an alvar habitat, such as Eastern Red Cedar and Northern Prickly Ash. The alvar trail connects the Woodland Trail to the eastern limb of the River Trail at the top of the Rock Staircase. 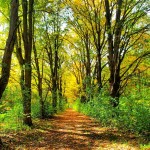 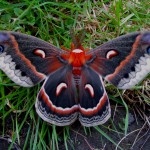